My friend Matt Kepler makes stuff out of leather, under the name Cult of Hades. His shear holsters, wallets, guitar straps, and accessories are works of art, meticulously designed and hand-crafted out of cow, sheep, python, ostrich, crocodile, pony, stingray, and sometimes human. Matt's a man of vision and precision. His taste for the macabre runs through all his work. Before leather, he was making costumes (a 250-lb chain mail dress, masks made of skulls and antlers), artwork for bands (Brutal Truth, Landmine Marathon), and various other creations (there was this giant, serial-killer dollhouse that was unbelievable).

This Sunday, November 1st, Matt has a new piece in Dreams Were Made For Mortals, the group art show curated by Karlynn Holland at Saint Vitus Bar in Brooklyn. Titled "Cult of Hades Divining Board," it is a hand-embossed black leather gameboard with a gilded human scapula viewfinder and black wax altar. 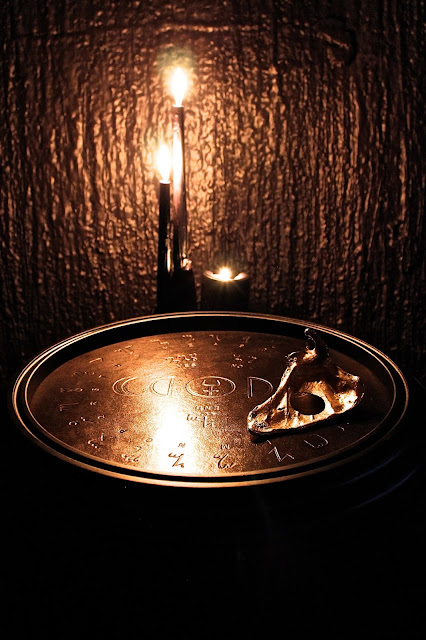 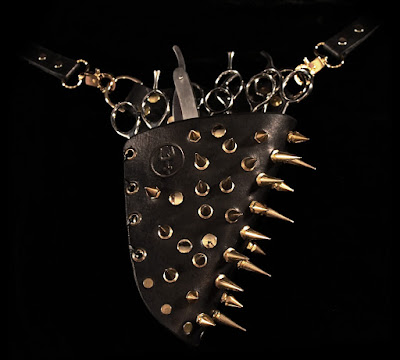 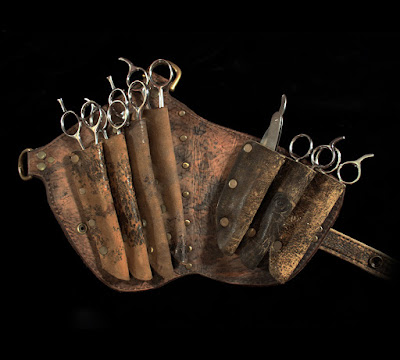 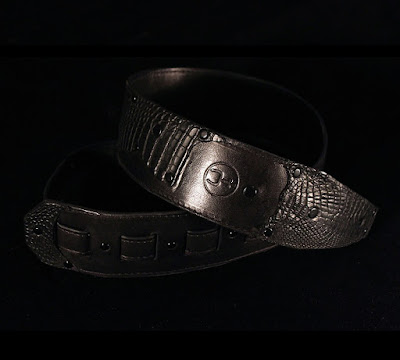 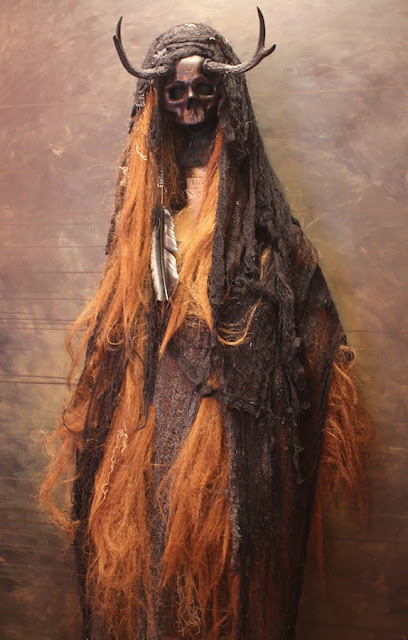 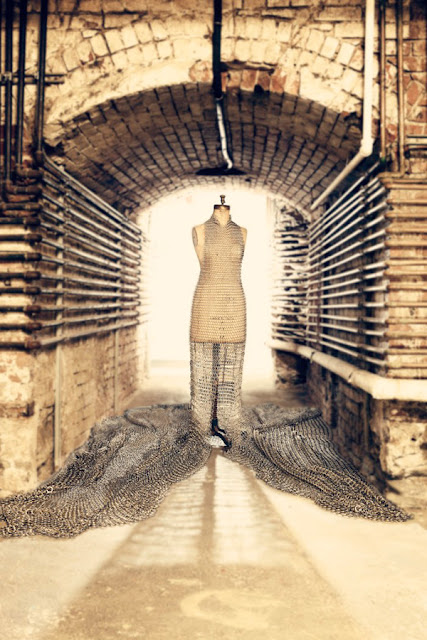 Posted by Curran Reynolds at 1:29 PM

Email ThisBlogThis!Share to TwitterShare to FacebookShare to Pinterest
Labels: CULT OF HADES

Cruising into fall, stacked with the best new music for you.

Oct 30 - Justin Pearson / Gabe Serbian - Incompresa Songs - Three One G Records
• Justin Pearson (Retox, The Locust, Head Wound City, Some Girls) teams up with longtime bandmate/collaborator Gabe Serbian (one of SPIN's "100 Greatest Drummers of Alternative Music") on songs for Asia Argento's new film, Incompresa (US title: Misunderstood), in which Justin also has a role playing Charlotte Gainsbourg's boyfriend!
• "Icon of independence since the early '90s, Justin Pearson obeys no one's rules. As a vocalist, bassist, record label owner, author, and actor, the born leader has made a career of staying one step ahead, confounding both the mainstream and the underground in the process." –Mass Appeal

Coming soon - Muscle Beach - new album - Sailor Records
• Denver trio brings the angst and the hooks in equal doses on debut LP – it's an extremely driving, rockin' brand of post-hardcore, in line with Refused, The Bronx, and Kvelertak... All that, plus lyrics about pirates and aliens. Produced by Dave Otero (Cattle Decapitation). 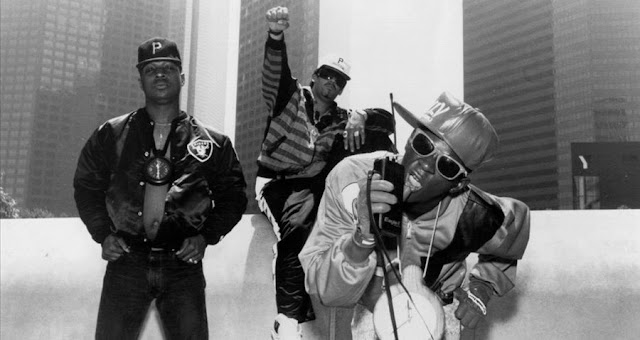 Posted by Curran Reynolds at 4:04 PM